Data from the Nationwide House Price Index shows that UK house price growth turned negative in June for the first time since 2012. The weakness observed in the June data was expected: this lagged data reflects the full scale of the April and May lockdown. However, more recently the mood in the property market has started to turn after the Prime Minister’s pledge to put the government’s ‘arms around people at a time of crisis’ and ‘build, build, build’ to dig the UK out of the crisis. Mr. Johnson’s promise could be a game changer if it goes hand in hand with greater access to finance for the tens of thousands of small property developers and construction companies left bruised by the pandemic. This also represents a unique opportunity for investors using peer-to-peer platform to lend on deals. 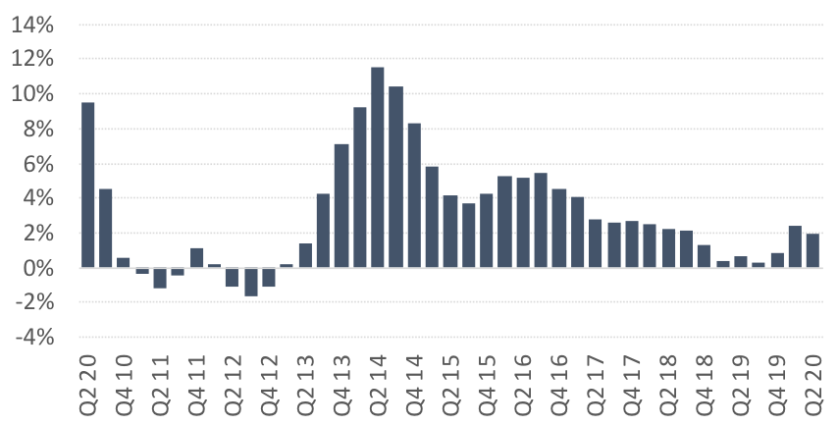 As you will have seen in recent emails, we are back in the office following the lockdown, and are working very hard to continue to bring you great risk/reward property-secured loans. Our underwriting team at Blend Network remain very busy assessing deals to ensure we continue lending to experienced property developers who come to us with a solid project, an enviable track record and a strong exit strategy. Keep an eye for new loans coming at www.blendnetwork.com.

Your capital is at risk. If you lend to business. P2P lending is not covered by the Financial Services Compensation Scheme. Learn more
BLEND Loan Network Limited is authorised and regulated by the Financial Conduct Authority (Reg No 769197). BLEND Loan Network Limited is registered in England and Wales. Registered office: 58 Queen Anne Street, London, W1G 8HW.